Interestrates are often thought of as little more than numbers that affect our bankaccounts but in fact they effect far morethan that. When interest rates change, this can have far-flung consequences onthe rest of the economy and ironically this can eventually come full circle toeffect the interest rates even further.

In thisarticle then, we will be looking at the complex relationship that the economyhas with interest rates and how a small change here can truly upset the applecart.

Interest isessentially the amount that money can grow and accumulate more money. If youput money into a savings account, then the bank will take that money of yoursand invest it in stocks and shares among other things. If the economy is strongand companies generally are doing well, then they can stand to make a lot ofmoney by investing your cash and thus they can offer you a big ‘interest rate’as they split those profits. However, if the economy is poor, then the interestrates they offer you will be lower because the market in general is suffering.

Help your business stay alive and get found online

Anothertype of interest is the amount that cash will increase in value as you borrowit. When you take out a loan, this will be offered to you at a certain rate andthe longer you keep the money, the more you will have to pay back. Wheninterest rates are high, borrowing money costs you more.

Whileinterest rates vary between loans and savings accounts, there is also a ‘baserate’ that affects the country overall. In the UK, this is set by the Bank ofEngland, which will increase the interest rate when they worry that inflationis likely to increase. This can thus reduce the demand for that money, therebyreducing the rate of economic growth and preventing inflation. In the UnitedStates, interest rates are determined by the Federal Open Market Committee.This will then influence the banks and other lenders/borrowers, though they arestill free to offer the rates that best suit them.

When youraise interest rates then, this causes several more things to happen. First, itwill increase the cost of borrowing thus meaning that credit cards and loansbecome more expensive. People without loans will now be less likely to considertaking them out, while people with loanswill have less disposable income because they will have to pay back more ontheir monthly repayments.

At the sametime, higher interest rates make the prospect of saving money more appealing.Because banks are now offering more interest, it makes more sense to put yourmoney into a saving account and to see it grow more rapidly. Now people haveless disposable income and more reason to save the income they do have – graduallyspending is slowing down.

On top ofall this, mortgages will increase. A mortgage is a type of loan and once again,as interest rates hike up, the loan will become less viable for potentialhomeowners. This will slow down the housing market and fewer people will buynew homes. At the same time, this will cause houses to fall in value however. 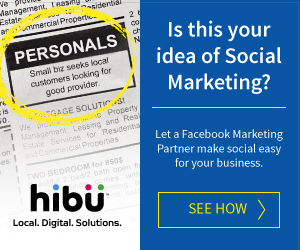 All thiswill ultimately cause the economy to slow down as less money will becirculating. Spending will decrease and this means businesses will graduallyturn less profit. This then strengthens the value of the local currency, as itwill be less easily available.

A strongdollar isn’t always a good thing for the US though. Actually, this means thatexports become less competitive and international businesses will potentiallyhave to lower their rates. Likewise, for those who are paid in foreigncurrency, they will then have lower incomes when those currencies are convertedto the local format.

Governmentdebt payments will also increase which can lead to an increase in taxes. Allthis will leave the average citizen out of pocket and with considerably feweroptions when it comes to investing in property or even travelling abroad. Thisequates to reduced confidence, which means even less consumerism and even fewerinvestments. Ultimately, this causes a lower Aggregate Demand (AD) which inturn can slow economic growth or even lead to a recession (negative growth).

With allthis in mind then, why would a country lower its interest rates?

The mainreason is to prevent inflation. Inflation occurs when there is a sustainedincrease in prices across an economy, which is normally due to excess aggregate demand – overly rapideconomic growth.

Asbusinesses succeed and have a booming market, they will increase their pricesto maximize their profits. This in turn leads to higher wagers for theiremployees, which increases their own spending power.

As withinterest, this can then have a number of unwanted impacts on the economy too.For one, it forces the central banks to print more money. Eventually, this canlead to hyperinflation. Another issue is rising house prices – as demandincreases beyond the availability of homes, homeowners are able to increasetheir house prices making it difficult for those trying to get onto theproperty ladder. Inflation erodes the value of savings and hurts investmentsthat are on a fixed return. This can also hurt credibility with internationalinvestors.

Ultimatelythough, the main risk with inflation is that it can destabilize an economy. Aswages increase more and more and prices increase accordingly, this caneventually cause the market to overheat and eventually something will likely‘give’ leading to a potential ‘boom’ then ‘bust’.

As you can see then, the role of interest ratesin the economy is actually a highly complex one. It is not as simple as highinterest being ‘good’ or ‘bad’. Rather, interest rates act both as a barometerfor the strength of an economy as well as a tool that can be used to adjust it.